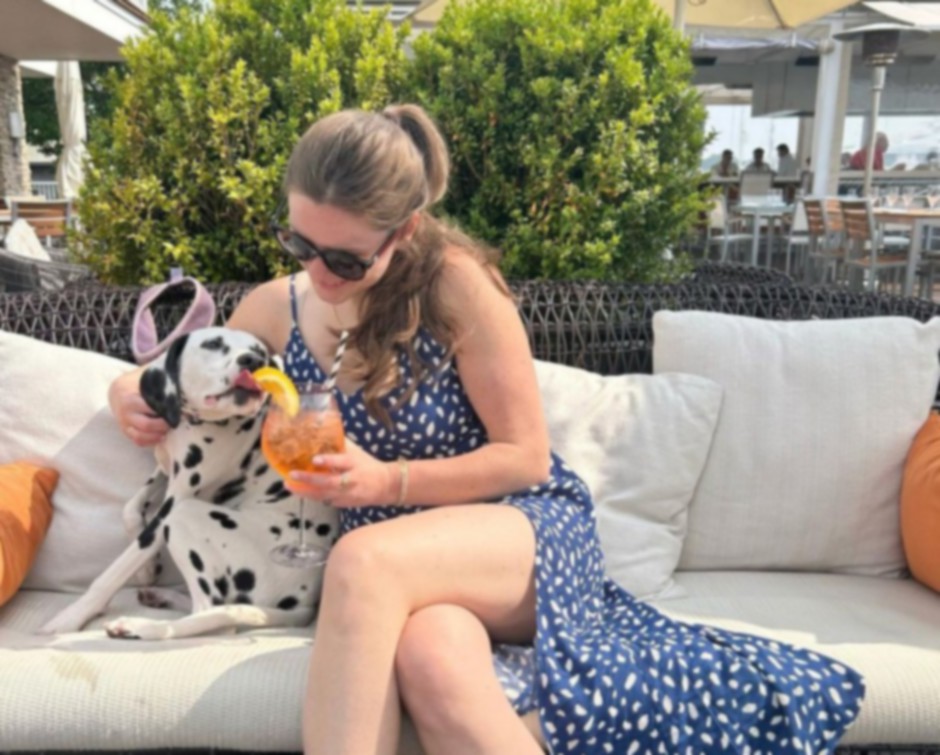 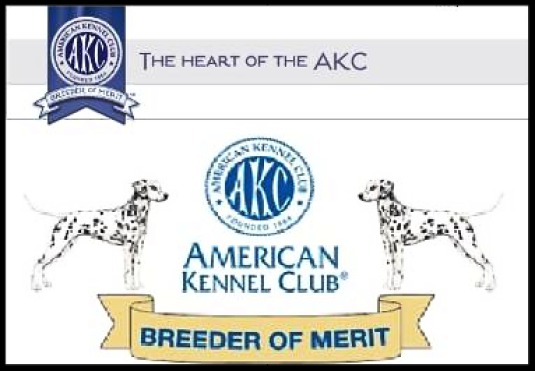 The AKC is proud to recognize: AKC Breeder of Merit Recipients

Who are dedicated to breeding beautiful purebred dogs whose appearance, temperament, and ability are true to their breed.
These accomplished breeders are the heart of the AKC.

AKC recognizes Breeders of Merit as our most conscientious and committed breeders.

As a member of this extraordinary community, your actions carry the weight of shaping the industry and AKC sports at large.

Founded, in 1989 in beautiful Granby, Connecticut, when a kid in elementary school wanted a  dog that would get along with the family’s cats, chickens, peacocks, swans, ducks, pheasants, other dogs and kids.
A dalmatian was chosen and a breeding show female puppy named Omega was purchased from:
Sharon Lyons of Erin's Dals.

The family has been in love with Dalmatians ever since.
The first dalmatian, Omega was best friends with the family’s other dog an English Setter named Alpha…hence the name: Alpha N Omega Dalmatians.

Member of Dalmatian Club of America.

Alpha N Omega Dalmatians believe that Professional Dog Breeding should be undertaken with a high degree of ethics. We give careful consideration to health issues, temperament, and genetic screening, as well as to the individual care and placement of puppies in responsible homes.

We show exhibit our Dalmatians 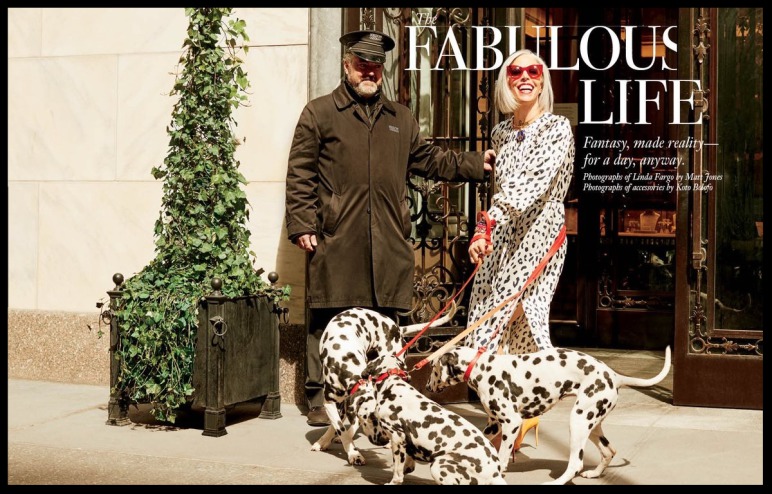 The motto of the responsible breeder of purebred dogs is

Every dog is the best dog in the world to its owner. Responsible breeders, however, know to avoid "KENNEL BLINDNESS"

in other words, we take a step back and honestly evaluate the good and bad points of our Dalmatians before making the decision to breed.

The goal of breeding, after all, is to produce a better dog and a quality pet; We examine our Dalmatians carefully. Recognize their flaws, look for a mate that will eliminate or balance those flaws.

When selecting a breeding pair, there is a simple principle we bear in mind: mate animals that complement one another.

Of course, practicing this common sense maxim can be very complex because you must weigh all the factors that contribute to the Dalamatian's traits and appearances.

This is an area where research and the advice and experience of other breeders are invaluable source of information and where we work with our Co-Breeder, Sharon Lyons of  Erin's Dalmatians.

Two vital factors we keep in mind as we make our selections are temperament and health.

Temperament is a hereditary trait in ALL dogs, although it can be influenced by other external factors.

Selection over many generations eventually produced dog breeds with the correct temperament to pull sleds, follow scent on trails, or retrieve game. The inheritance factors of temperament are complex.

However, we never breed a Dalmatian with a questionable temperament.

As far as health goes, we are aware that Dalmatians, like ALL dogs, are subject to many hereditary defects, some of which are potentially crippling or fatal.

Our goal is to produce Dalmatians that are not affected by the major known hereditary diseases occurring in our wonderful breed. 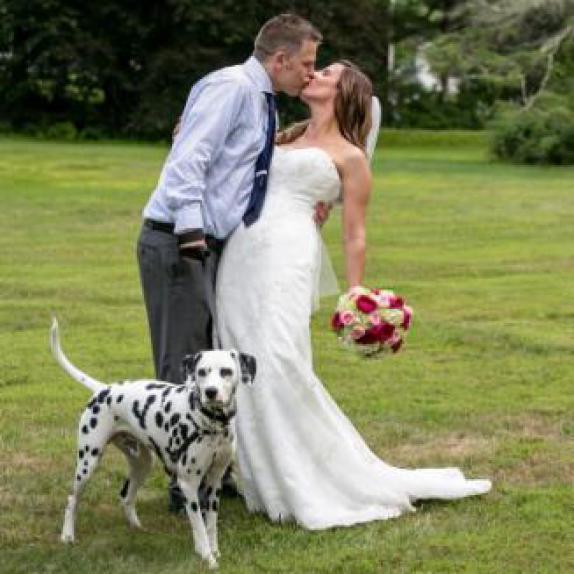 To be an effective breeder, you should have a basic understanding of the science of genetics. Everything about your prospective puppies' health, soundness, looks, and temperament will be determined by the genes passed on by their parents, and by their parents before them.

Therefore, the selection of the  mating pairs should not be made solely on the basis of the dog's or bitch's looks (or temperament or soundness, etc.), but should be based on an understanding of how the animal's genes contributed to its looks and of how those genes are passed on and expressed.

That is why it is essential for us to  study the pedigrees of our mating pairs of Dalmatians.

The more knowledge we have as we make our selection, the more likely we are to produce a litter with the qualities we desire.

We are and have to be well-versed in the genetic problems that affect the Dalmatian breed.

Genetic defects can occur in any breed and can affect any system in the body. Some genetic diseases may occur in many breeds; others occur in only one or a few breeds.

The following is a brief explanation of how genetic defects may be inherited and expressed.

We have bred over 20 champions including: 5 top 20 ranked show dalmatians in the country in our  years of breeding.

We are most happy and proud about the numerous people, and families that have gotten spotted bundles of joy from us. 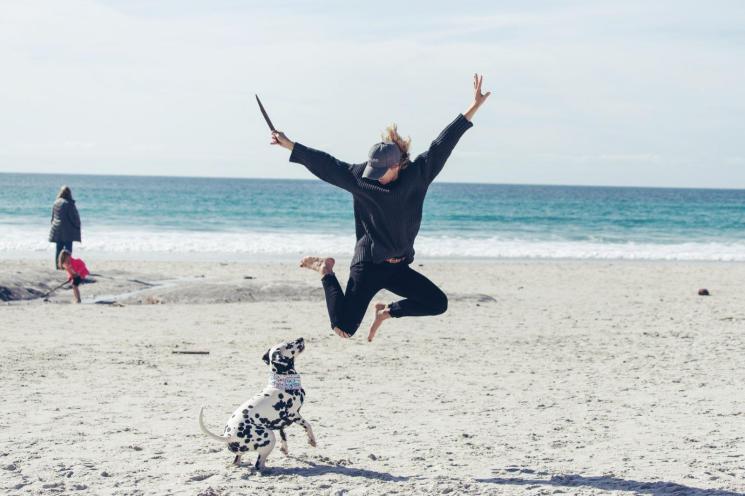 Amber and Neige in California Enjoying the Beach. Neige From The Eight is Enough Litter.

Pongo From Eight Is Enough Litter in 2019 Wedding from Alpha N Omega Dalmatians on Vimeo.

Pongo in Jess and Fabio's Wedding in Florida 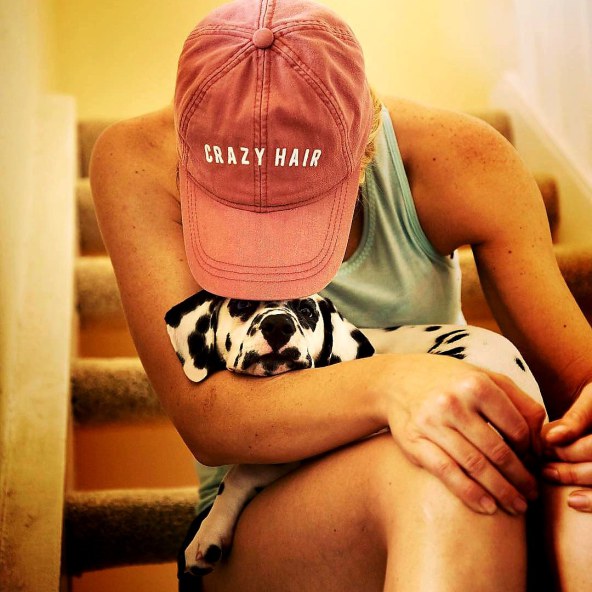 Amber and Neige, Neige From The 8 Is Enough Litter

Pongo From The Nifty Nine Litter 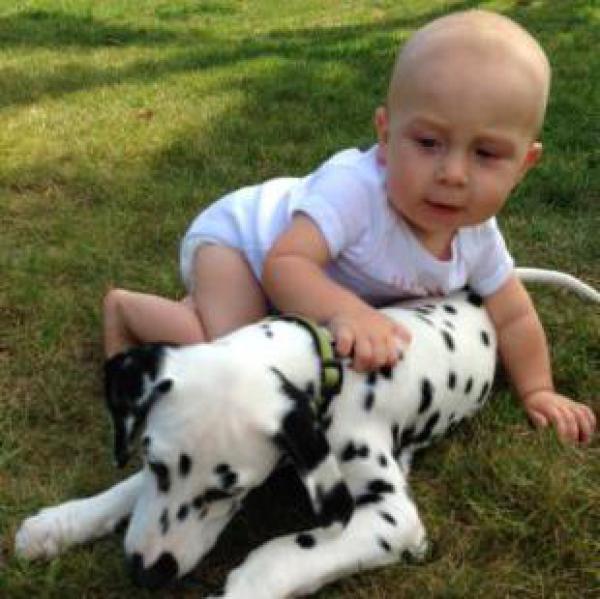 Dallas enjoying a Pear, Thinking of Sharing with Dylan.... 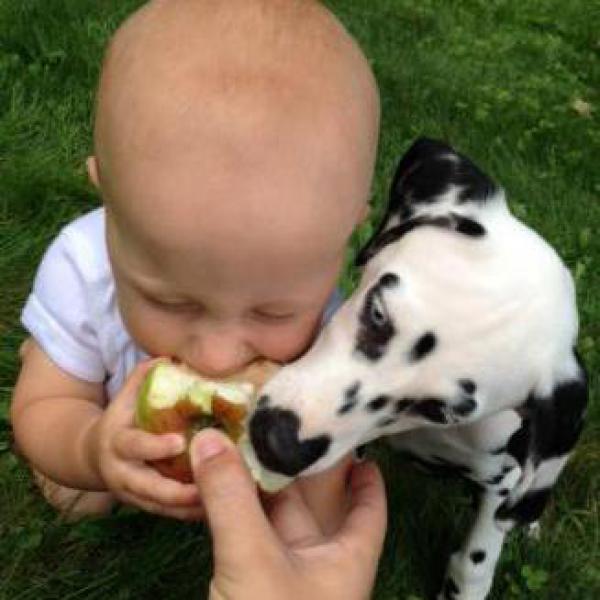 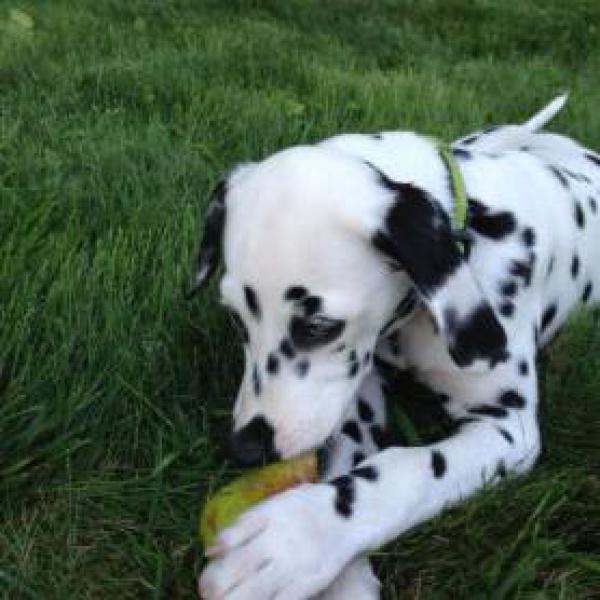 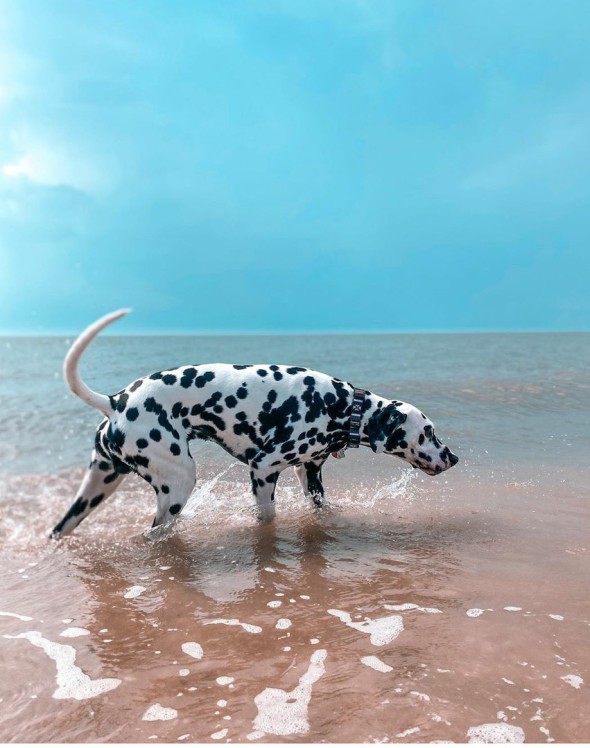 Amber and Neige From 8 Is Enough Litter and Bailey Winter 2019 from Alpha N Omega Dalmatians on Vimeo.

Finding The RIGHT Dalmatian For  The RIGHT  Family. 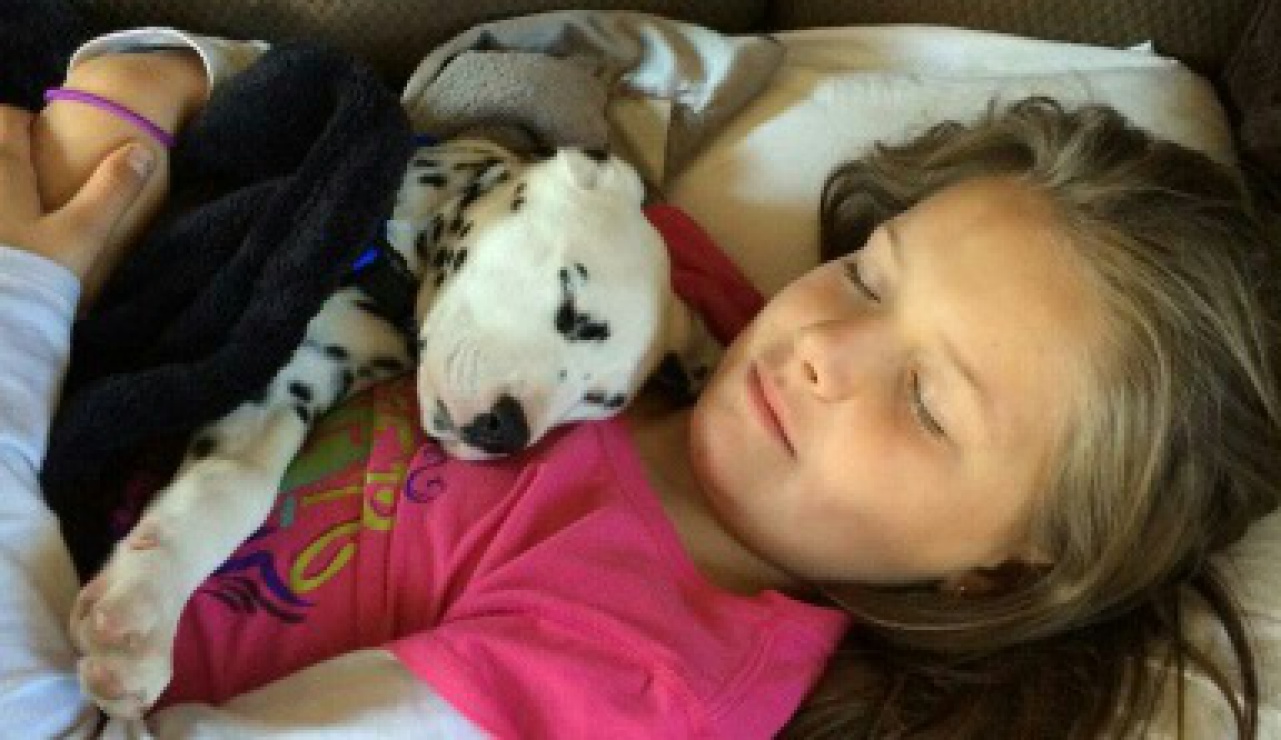 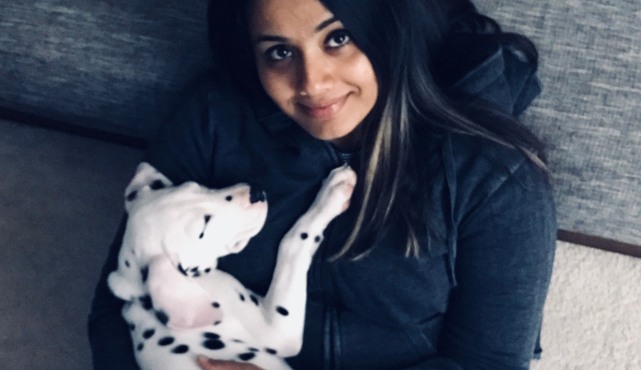 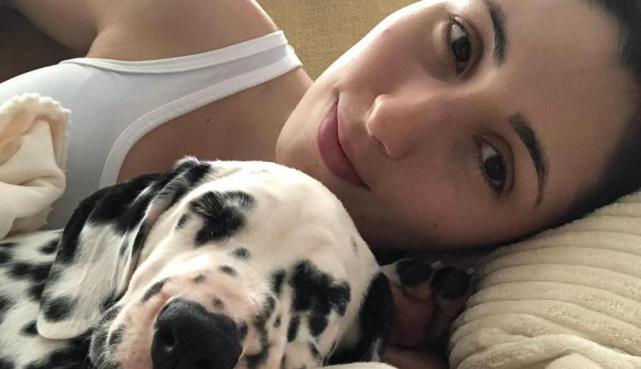 We stay in touch with everyone, we want to hear if anything is wrong and how things are going, good or bad.

We feel a strong sense of responsibility for helping to bring the spotted bundles of joy into the world.

If something is wrong...

We will take back the puppy:

Health of the puppy is guaranteed.

We strive to make sure that the puppy goes to an owner who will provide it with the same love and devotion for life that we have.This means careful screening and evaluation of each person or family interested in getting a puppy:

We want you to learn all the pros and cons of ownership as prospective puppy owners . 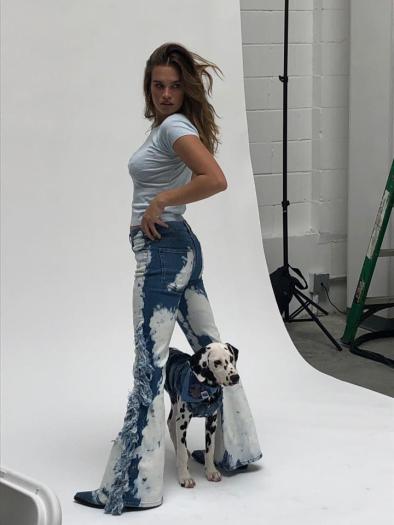 18-Week-Old Tito From The Notorious Nine Litter, Tito while walking with his owner, Anika in Brooklyn NYC, was discovered by some professional photographers to do a photoshoot for Glamour Spain Magazine. 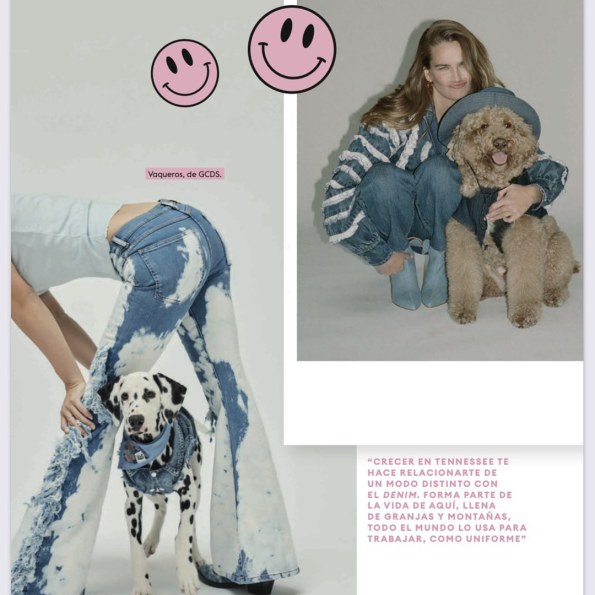 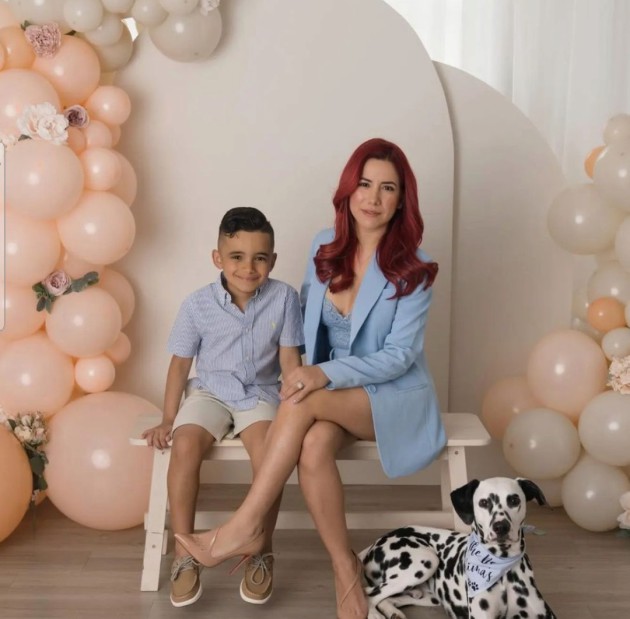 Marshall From The Grateful Eight Litter 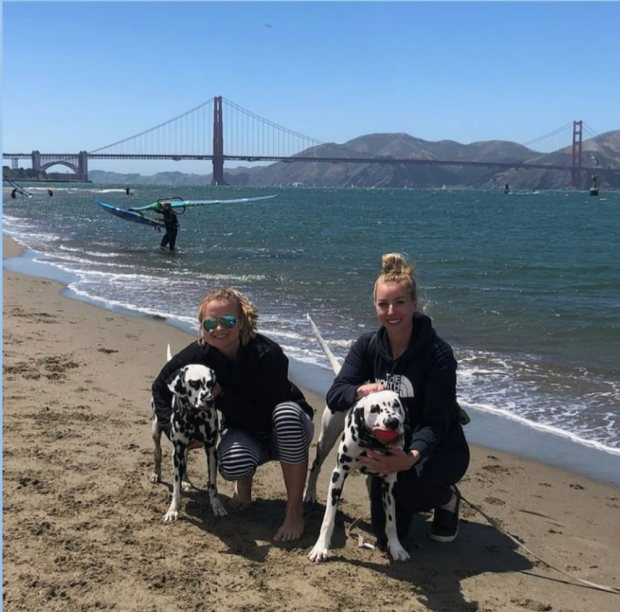 SUMMER 2019: 2 ALPHA N OMEGA DALMATIANS IN CALIFORNIA WITH AMBER AND DYLAN. (L) NEIGE FROM THE 8 IS ENOUGH LITTER AND (R) KAI FROM THE NIFTY 9 LITTER 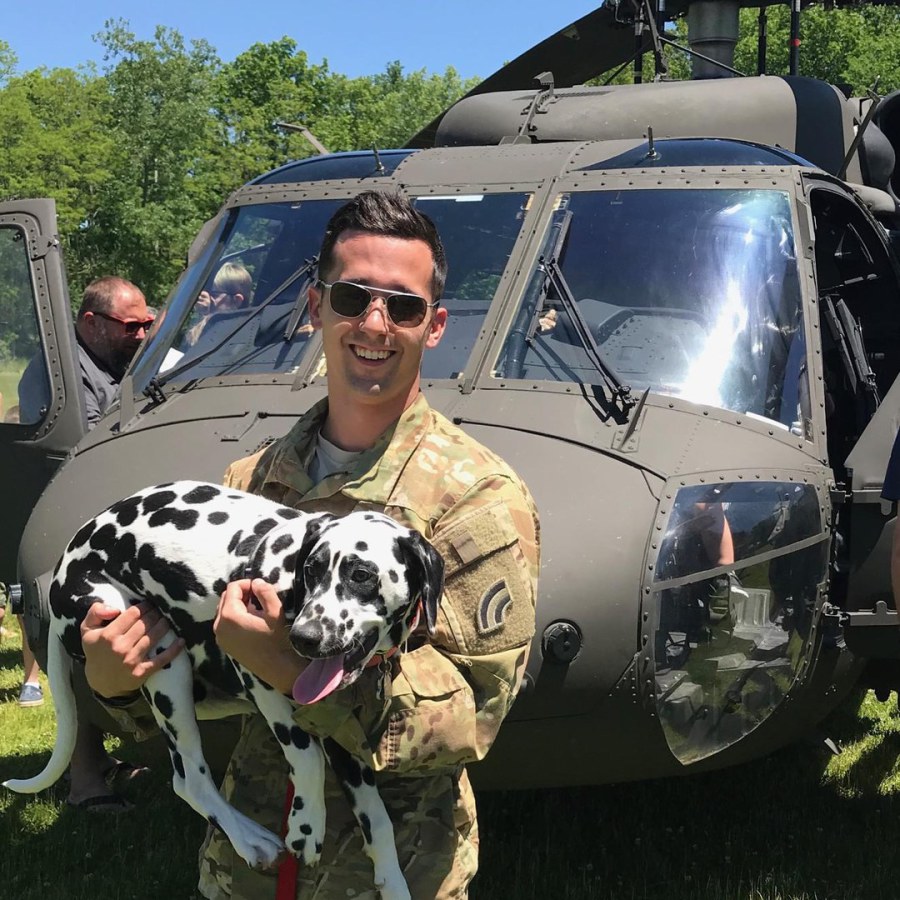 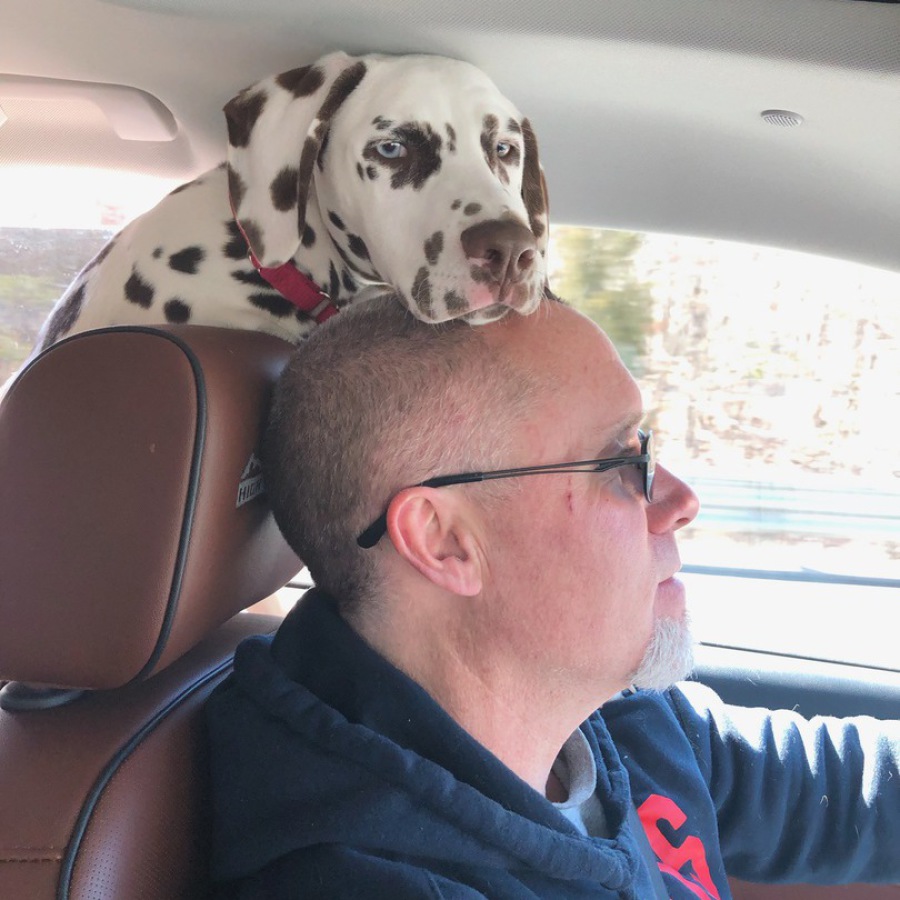 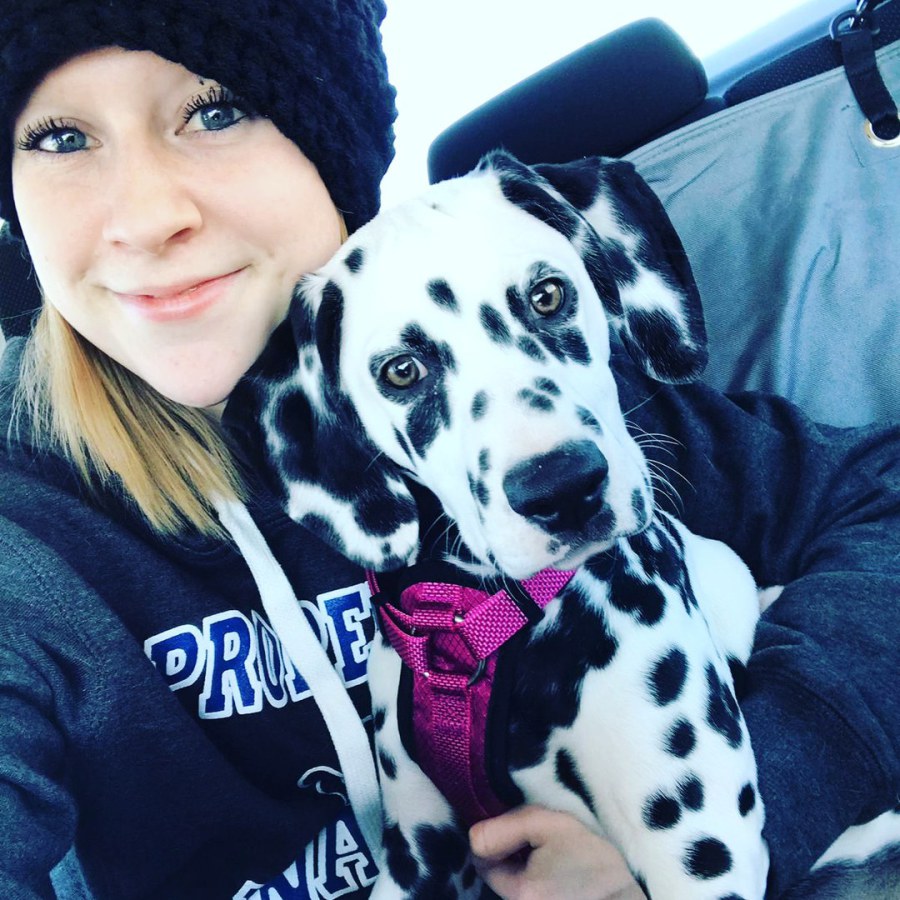 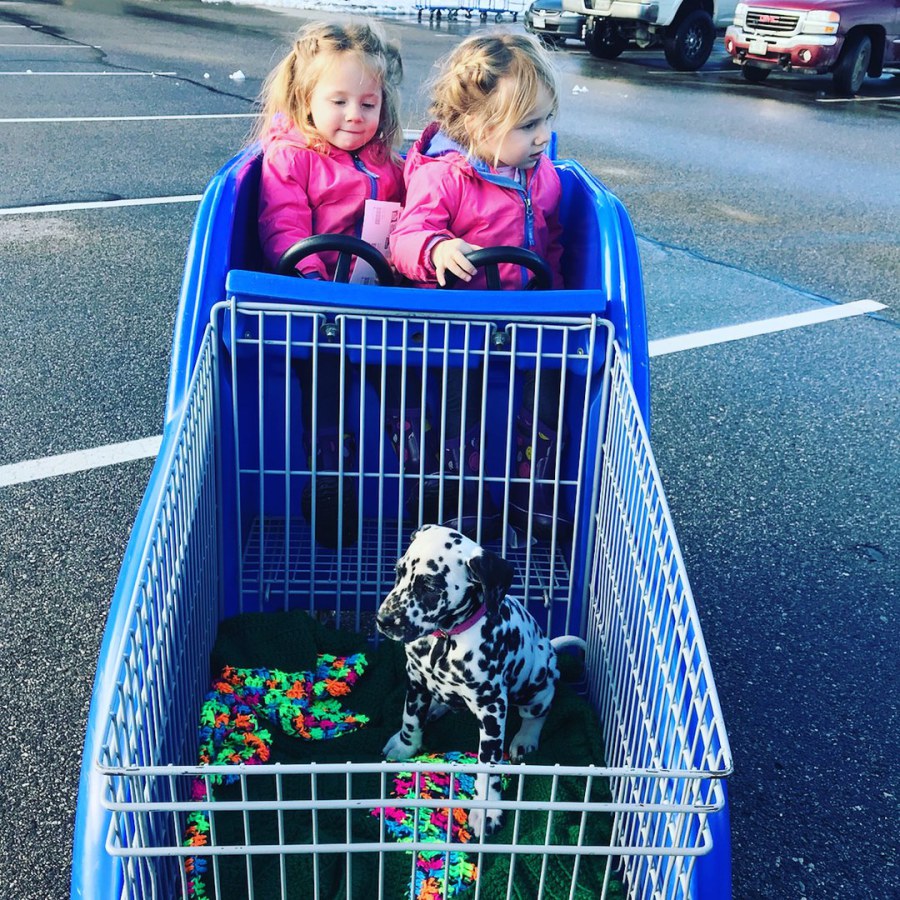 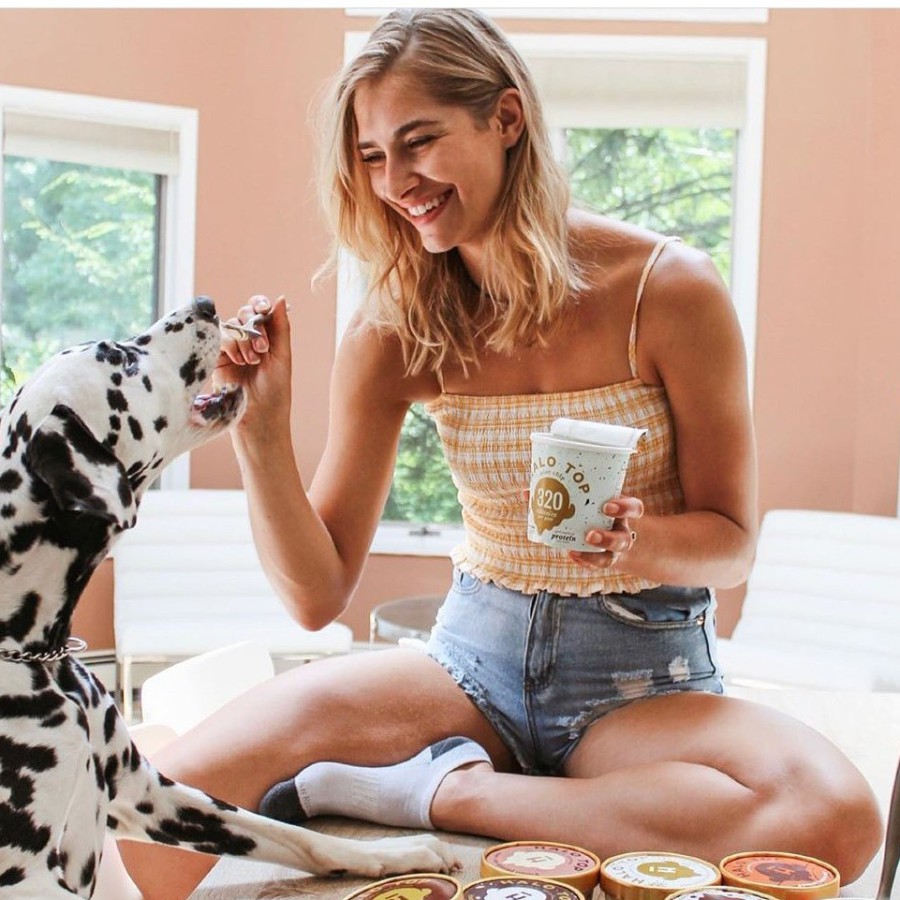 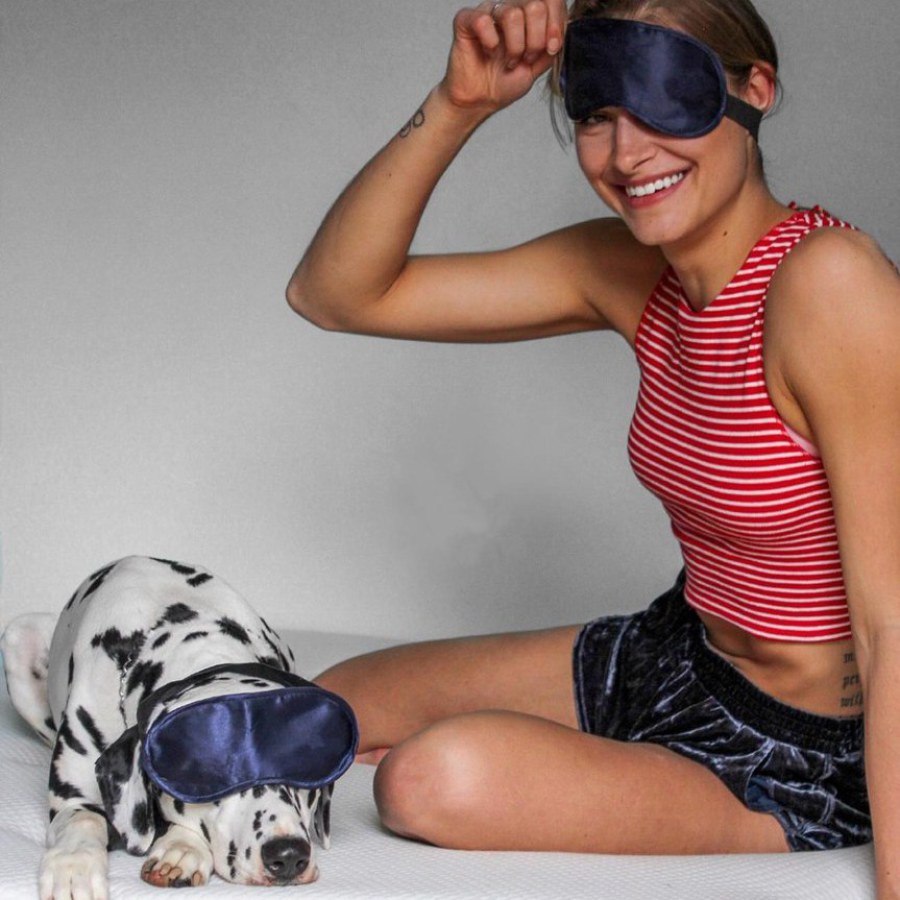 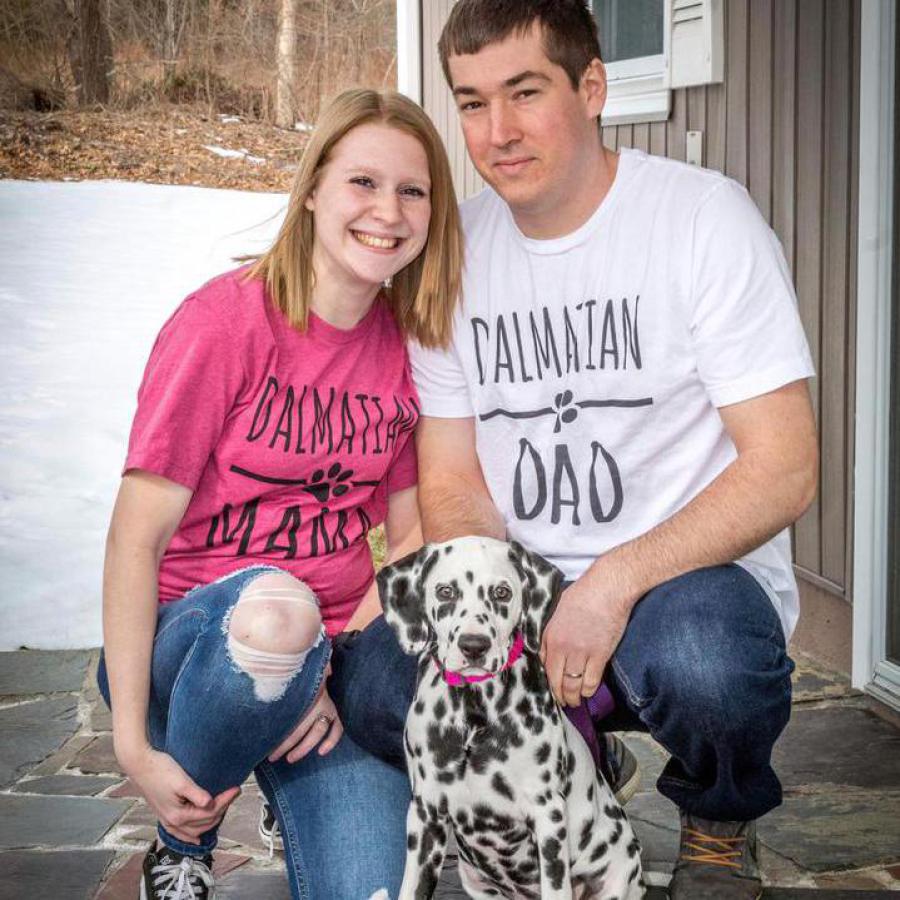 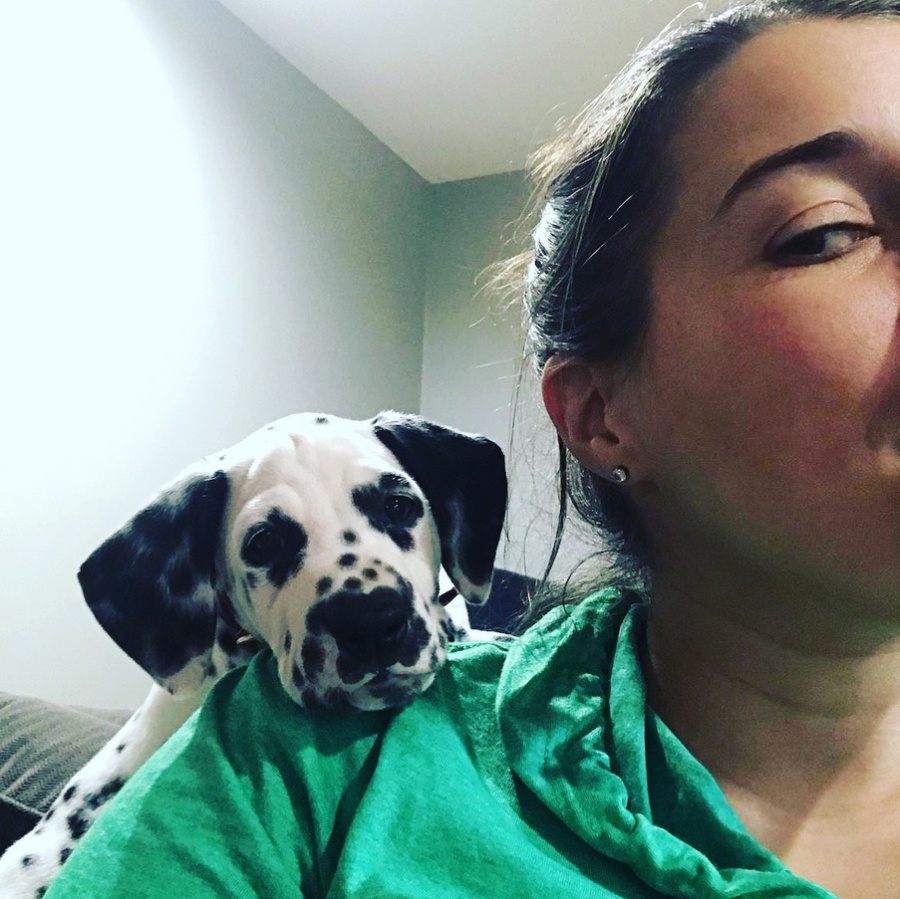 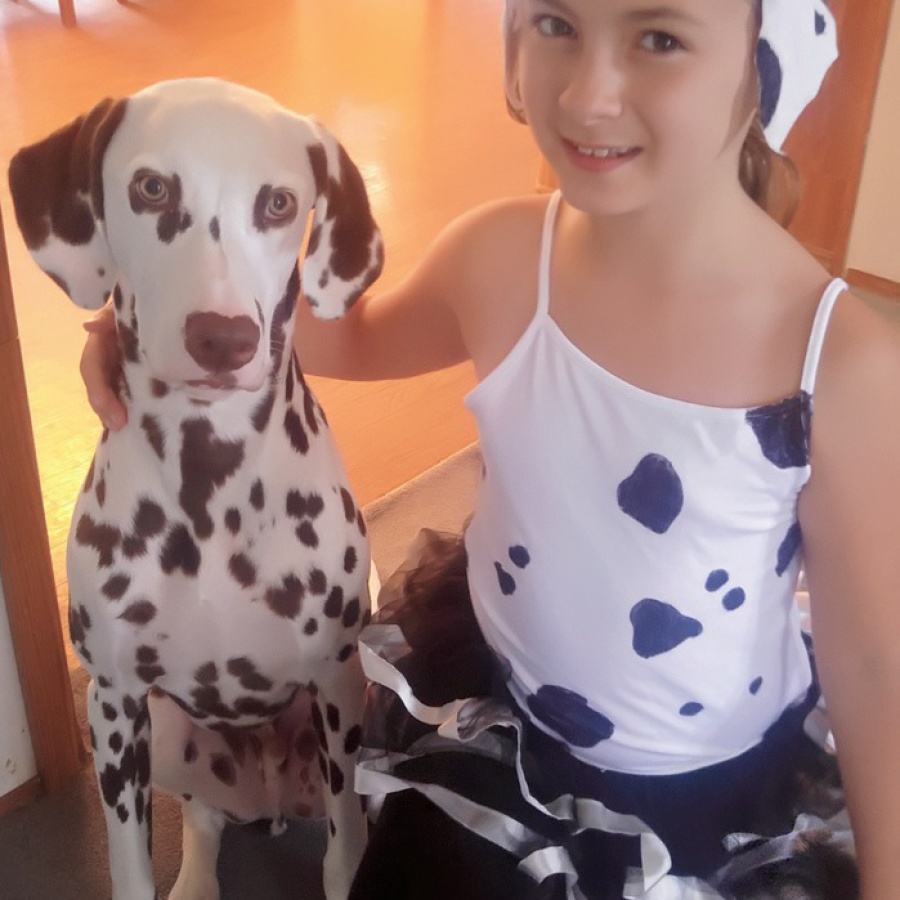 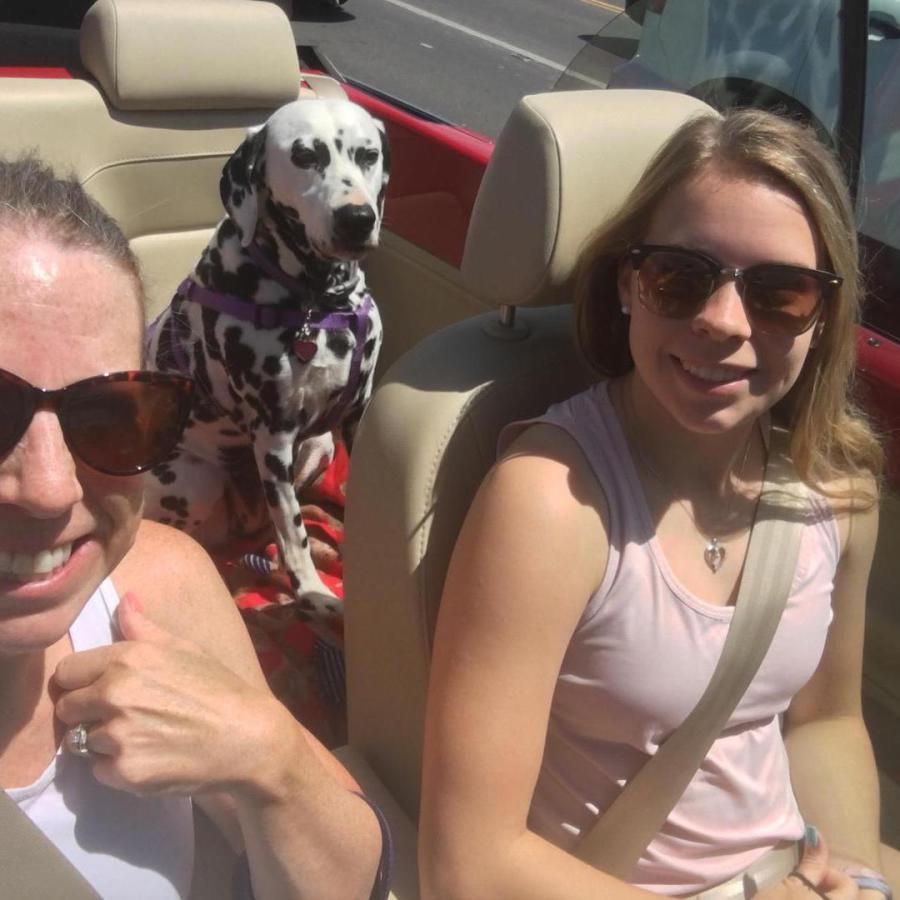 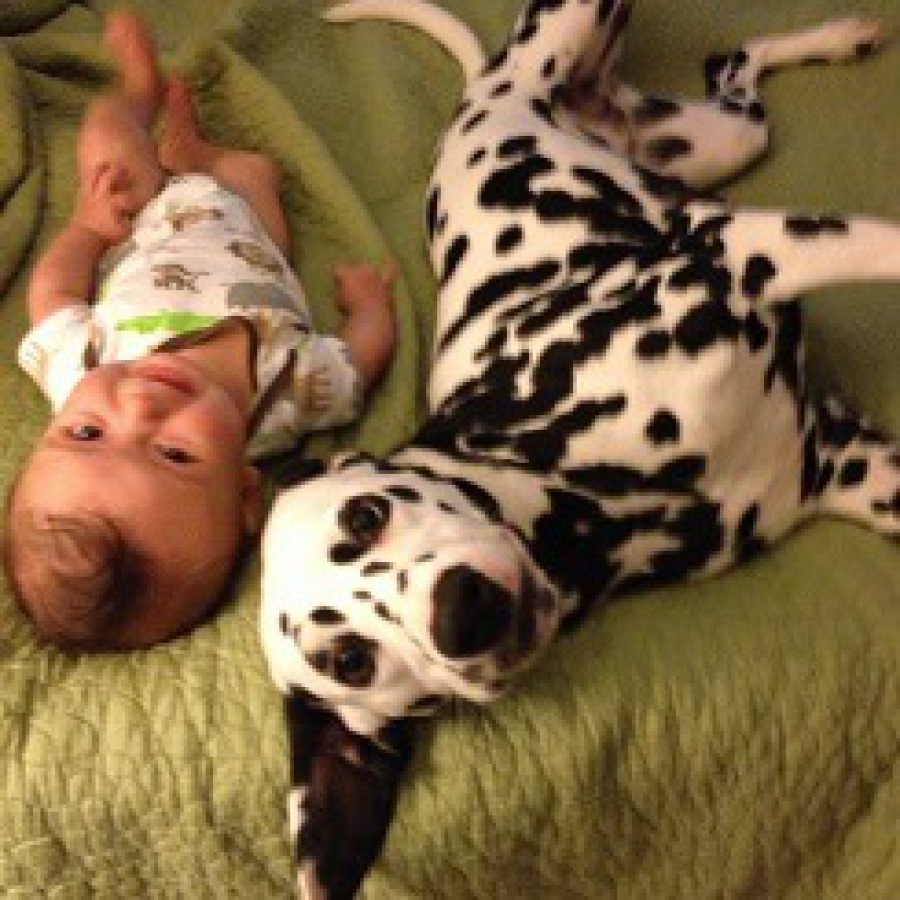 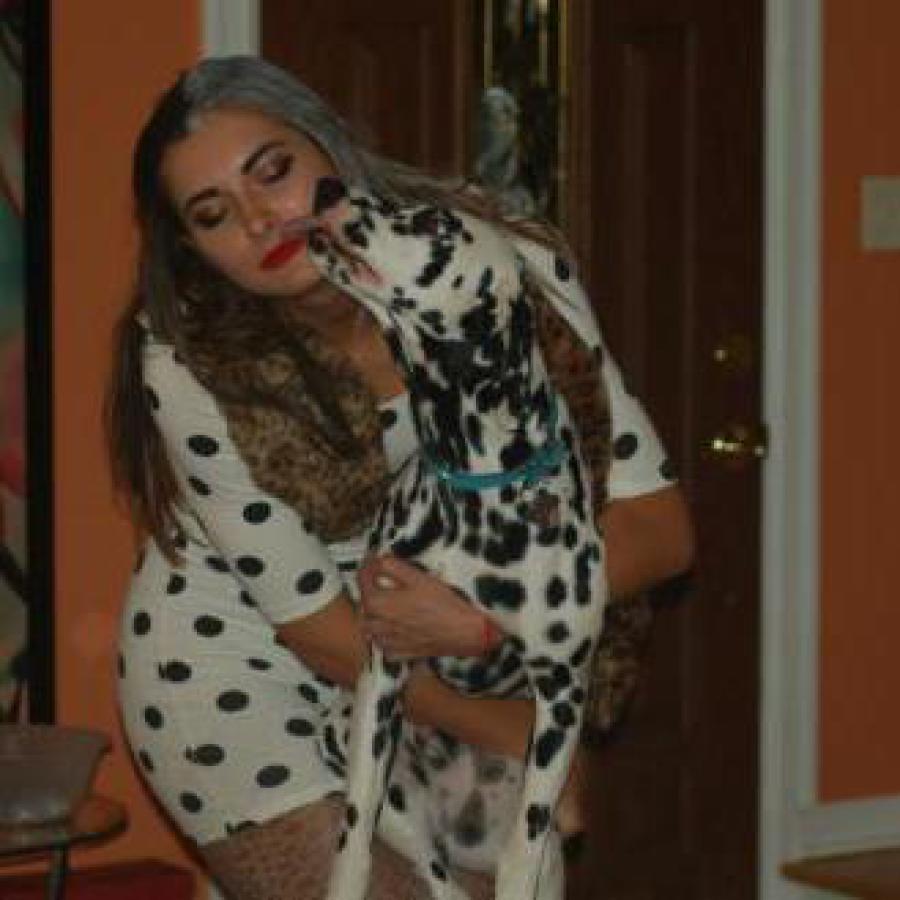